The triggering explained in 5 seconds:

Because they are crazy.

Maybe not crazy like a person in a mental institution.  But at least partially disconnected from reality.

What causes people to be triggered?  Triggers come from things like pain, fears, ect.  Reality reminds some people of pain from unsolved issues.  So they adopt false ideas about reality that do not remind them of their pain.

One such false idea: All people groups are the same.

Recognizing that people groups are different reminds people of good/bad.  This brings up issues around self-esteem, self-worth, rejection, guilt etc.

However, we can observe from reality that there ARE differences between people groups.  For example, Muslims as a group act much differently than other people groups.  Higher crime rates, more abuse of women, more terrorism, more dependence on government,  etc.

But talking about those realities triggers some people.

Their body literally triggers them into a fight/flight response.  To protect their false belief that guards them from feeling pain.

People who have these kind of triggers can be classified into 4 different categories:

1.  The Scarecrows.  They are truly ignorant.  They really believe Muslims don’t act different.  They are just misinformed about the facts.
Solution to the trigger:  They need a brain.  They need to develop critical thinking skills so they can determine truth.   And not blindly accept what the 3 other following groups tell them.

2.  The Cowardly Lions.  These are people who are afraid of being labeled racist.  They know that Muslims as a whole act differently.  But they don’t want to be attacked or upset anyone by saying it.
Solution:  They need courage.  If not to speak out for the truth, at the very least not to repeat lies. 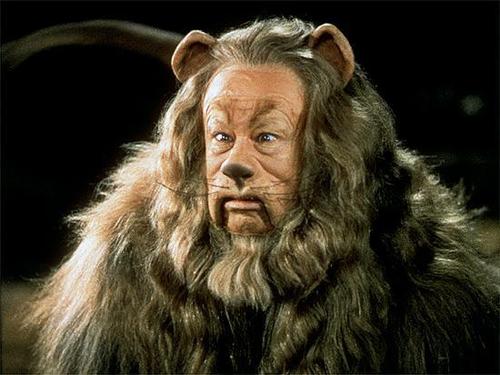 3.  The Tinmen.  Their triggered reactions are usually the most extreme.  They are people with pain in their heart.
They delude themselves into false beliefs to avoid feeling pain.  It is a mental and emotional problem.
They strengthen their delusions by aligning with other tinmen.  They intimidate cowardly lions into their group denial.  And they seek to brainwash vulnerable scarecrows.
Solution.  Their real problem is pain in their heart.  They need healing so they can face the world as it is, not how they wish it to be.

4.  The Wizards.  These are the elite.  Democratic politicians (and some Republicans), media and corporate elite who benefit from people believing false things.
Solution:  They need integrity.  And to find their worth and value in something more solid than their prestige.
Most Democratic elites are tinmen who happened to be successful.  They need healing in their heart.
Republican elite like this are cowardly lions.  They need more courage.

But until the time these elites gain some integrity, they must be exposed.  For selling false cures in the form of lies that don’t fix anybodies pain.  It just makes people crazier.

Of course that’s Trump!  But it’s also everyone like him.  Who stands against the lies of the elite.

May people get real healing for the pain.  Real resolution for their issues.  And shed the lies that entangle. Let America be mentally and emotionally sound again.