I love libertarians. They are awesome because they attempt objectivity and reasoned analysis of the issues (although I’ve had a few friends dispute me on that).   Libertarians are right about very many things.  Our country would be much better off if we followed their guidelines as opposed to the current setup.

However, some Libertarians can get a bit dogmatic.

One problem I have seen with some libertarians is they commit the “no true Scotsman” Fallacy. 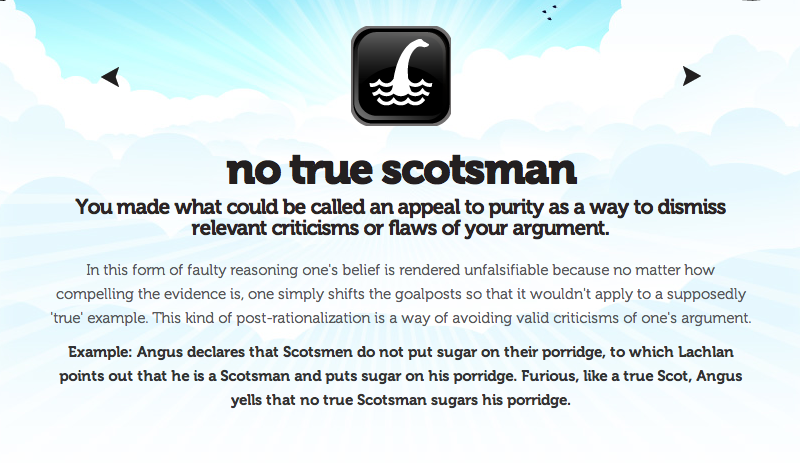 Some Libertarians revert back to Libertarianism as proof of something.  Some kind of trump-card.  “That isn’t Libertarian”.

No, the earth is a certain way regardless of the high percentage of people who thought is was flat.

Same with true libertarianism.  It is a concept that exists outside of the beliefs of libertarians themselves, and is not affected by the majority.

Just as facts about the earth can be studied and reasoned with logic and evidence, true libertarianism can also be discerned a similar way.  Let me attempt to do so here:

As per the issue of immigration.

Some libertarians believe in the “free movement of people”  concept.  That people should be free to move anywhere they like.  Stopping them from moving is a violation of their liberty.

I agree in a vacuum this is true.  However, there are many other factors to consider.  Does this person’s movement violate the liberty of anyone else?

Let’s consider that in the pertinent case of immigrants moving into the United States.

They do violate the liberty of US citizens in 3 major ways:

2.  Even if the welfare state was eliminated, immigrants commit crimes at a far higher rate than non-immigrants.  The emotional toll on the victims and costs to society is an intense violation of liberty and should not be taken lightly.

Some might say “well that’s not fair to the 25 – 30% of immigrants who don’t go on welfare and who don’t commit crimes at an unusual rate and who don’t vote against liberty.”

Yes I agree it’s not fair to those people.  However as Stefan Molyneax puts it in his excellent video below, “I’ll see your 30% and I will raise you 100%.  Because that’s how many Americans liberty is violated by this free movement.”

This is the equation +1 (liberty of free movement for an immgrant) + (- 15) (the liberty lost due to higher taxes, more crime, non-liberty voting). Net – 14 liberty points.

Libertarians should not be for things that decrease liberty, that is self-defeating libertarianism. I submit this is not true libertarianism.  It is misguided Libertarians thinking they are advocating for liberty when the result of what they are advocating for is less liberty.
Libertarians look at only the first part of the equation “+1 liberty points for the people who get free movement……”  And then they say “yeah, more liberty!  this is what we should support!”
They aren’t finishing the equation.When ones thinks it all the way through, it is a net loss of liberty.  And it’s not even close.
So the libertarian thing to do is to stop the free movement.  And only allow the free movement of people if their free movement actually does result in a net increase in liberty.

Such as people who are not likely to go on welfare, not likely to commit crime and likely to respect liberty principles. Which is the thrust of what Donald Trump is advocating for with his advocating for a border wall, added border security and “extreme vetting”. This is one reason why libertarians are voting for Trump.  It is the liberty position because it most advances the cause of liberty in the big picture. 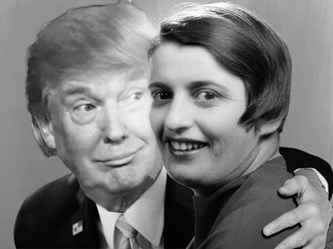 This is the same approach a Libertarian should have when deciding who to vote for.  Ask oneself: “does voting for Gary Johnson advance libertarianism? No.  He has no chance to win.  It is in effect the same as not voting.  A vote for Johnson is the same as a 1/2 vote for Trump, 1/2 vote for Hillary.

The only chance at advancing liberty in this election is a vote for Trump.  That stops Hillary’s anti-liberty agenda.  It will likely stop many anti-liberty immigrants from joining the voter rolls for future elections.  Elections where Rand Paul, Gary Johnson or other Libertarian candidates will be elected or not elected based on the liberty ideals of the general population.

The voting behavior that protects and advances liberty the most in this years election is Trump.