In the now infamous Washington Post article about “fake news”, WaPo unwittingly implicated itself (and most other mainstream media outlets) as fake news.

WaPo’s fake news article parroted an article from a website called War on the Rocks.  War on the Rocks accused Russia of employing a  “sophisticated propaganda machinery — including thousands of botnets, teams of paid human “trolls,” and networks of websites and social-media accounts.”

Apparently Russia has a team of 7000 paid human trolls in addition to bot trolls.  They use these trolls to post things on social media in an attempt to influence politics Russia is in favor of.
It is fair and valid to criticize Russia for this behavior.  Russia is fronting as if these trolls are regular people to gain credibility and influence.  This is a false pretense and is a dishonest tactic.  However, It does not necessary mean the information they are sharing is fake or false.  An error both the WaPo and War on the Rocks make.  That would be like saying since Snopes is run by a far left Democrat fronting as if she is an objective fact-checker, their conclusions are always faulty or untrue  That is not the case, they provide some good info sometimes.   Some of the info Russian trolls spread was also true at least to some degree despite their false pretenses.

But WaPo and WOTR go even further.  Not only do they label Russian trolls as “fake news”, they claim that any website who said similar things as Russian trolls, they must have been influenced by these trolls.  And therefore are also “fake news”.

That is terrible logic.  How would the Washington Post know how website writers form their opinions?  That’s like saying that since Bernie Sanders is a socialist and Hitler was a socialist, Bernie must have been influenced by Hitler.  It’s unfair and illogical to make connections such as that.

Logic that could get WaPo sued for slander by many of the 200 websites implicated as fake news in the article.  Which is why WaPo retroactively inserted the long disclaimer at the beginning of its article.  To backpedal from their false accusations.

But that is only the tip of the hypocrisy iceberg in this Washington Post article.  WaPo’s criteria for what qualifies as fake news implicates almost the entirely of Democratic media, aka, mainstream media, as fake news:

1.  Hillary Clinton’s own SuperPac Correct the Record paid trolls to do the same thing as Russia!  They paid people to pose as regular people to go online to counteract negative stories about Clinton.  If it is false pretenses when Russia does it, its false pretenses when Hillary Clinton’s SuperPac does it.  But did WaPo write a story condemning Correct the Record’s fake news?  Not even close.
WaPo’s double-standard exposes their outrage over Russia’s behavior as completely fabricated.
What’s more, WaPo has repeated many of the same narratives as Correct the Record.  So according to WaPo, if you repeat a narrative of someone who operates under false pretenses, that means you are engaging in “fake news”.  WaPo implicated itself as fake news by their own standards.  For about the 3rd time already and we’re only getting started.

2.  The many news outlets funded in part by Billionaire George Soros.

Among the network of media outlets who have received funding from George Soros directly or through one of his foundations are:  Center for American Progress, Southern Poverty Law Center, Moveon.org, NPR, Media Matters, The Huffington Post, Salon, MotherJones, The Young Turks…..: 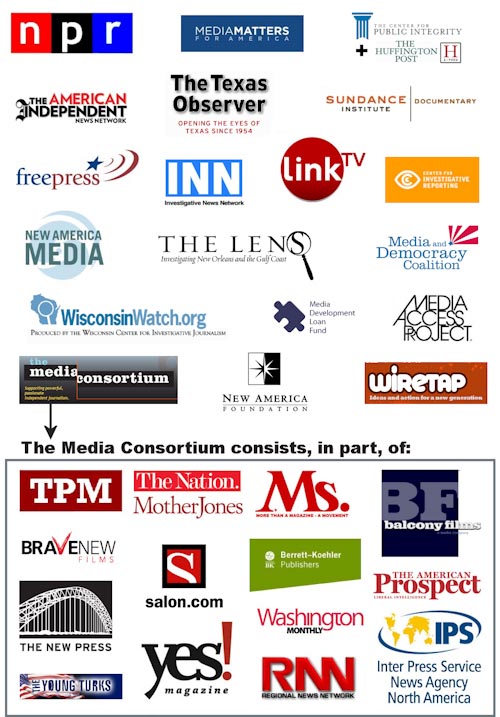 Most of these outlets are not profitable and have an official “charity” designation.  That means they are supported by rich donors such as Soros. They will certainly not report news dissimilar to their donors opinions in any meaningful or consistent way. They have a built-in bias to fall in line with them.  Do they represent that they are operating in this way?  Of course not, they represent as if they are objective journalists.  Which according to The Washington Post’s standard, this false pretense qualifies them as fake news.  It’s no wonder their reporting is often extreme, biased and skewed to the point of being dishonest.  Truthful reporting does not get them in their donors pockets, aligning with the weird and extreme views of Soros does. 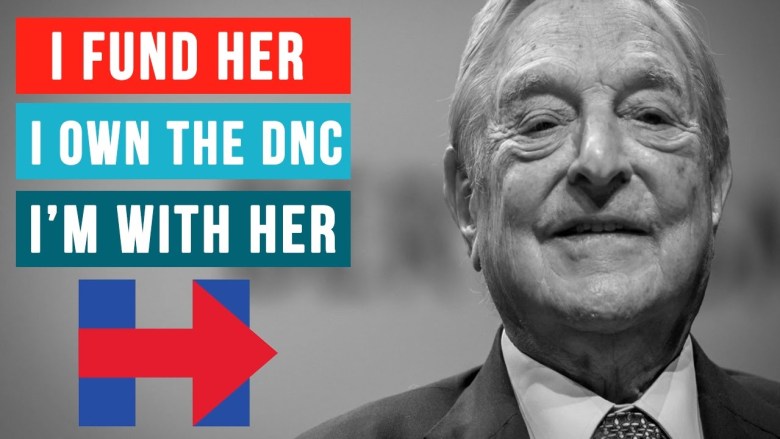 3.  Not only does Soros fund various far left websites and organizations, he also has his incestuous tentacles in mainstream media. A multitude of mainstream media people are on the advisory boards of his foundations.  George Soros seems to desire to leave no newsroom untouched by his influence and deep pockets.

Soros has said “I want my foundation network to be the conscience of the world.”  He has spent billions paying media in an attempt to do so.

To further confirm the bias of the mainstream media that most people are aware of, wikileaks uncovered at least 65 mainstream media reporters colluding directly with the Clinton campaign during the election.

Asking for permission to write certain stories.  Feeding Hillary Clinton debate questions or interview questions in advance.  All the while acting as if they were even-handed journalists doggedly interested in ‘just the facts ma’am, except they were posing as such while operating like political operatives.  Which the Washington Post would label as “fake news” for operating under blatantly false pretenses.

Trump has repeatedly criticized Amazon for having unfair tax advantages over brick and mortar stores.  He has criticized Bezos for buying the Washington Post to influence politics that favor Amazon.  The Washington Post showed their bias in this years election, assigning 20 investigative journalists to attempt to dig up dirt on Trump. 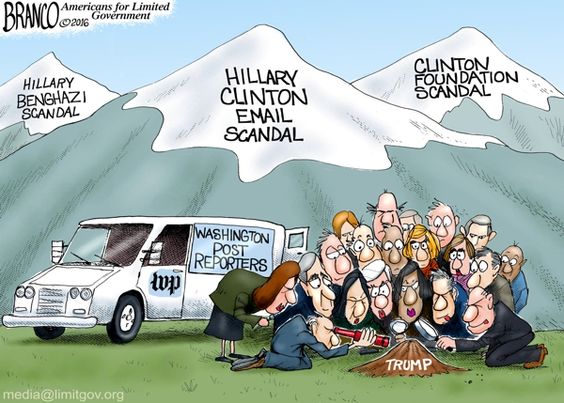 Did they do the same for Hillary?  If so, they took a year-long coffee break, didn’t see much Hillary criticism between their wall to wall Trump bashing.

So the Washington Post wants to complain about Russia’s false pretenses?  When they themselves showed extreme bias in this last election.  Whether it’s because they are true believers or motivated to please their boss is no matter.  They front as if they are “legitimate mainstream media” while simultaneously behaving like Clinton surrogates.  As do almost every major major newspaper, magazine and TV news network.  But those are not deemed fake news?  Now they are.