Some are accusing Budweiser of doing this in response to Donald Trump’s temporary ban on immigration.  Here is the ad:

The video should not have been approved by Budweiser because it uses their founders particular story as a prop to sell false narratives about an entire situation.

This is how propaganda normally works.  Cherry picks a scenario, plays on emotions while subtly smuggling false messages.

1st message:  “Americans who are against any type of immigration (or refugees) are mean”

This message comes across with how Adolphus is treated in the beginning of the video.  He is bumped and met with threatening comments. 2nd message:  “The plight of Muslim immigrants is the same as the plight of black slaves.”

Adolphus Busch is seen in a boat next to a black man.  They are sitting the same way, facing the same direction, looking at each other knowingly.  It’s a subtle yet not so subtle equivalency. 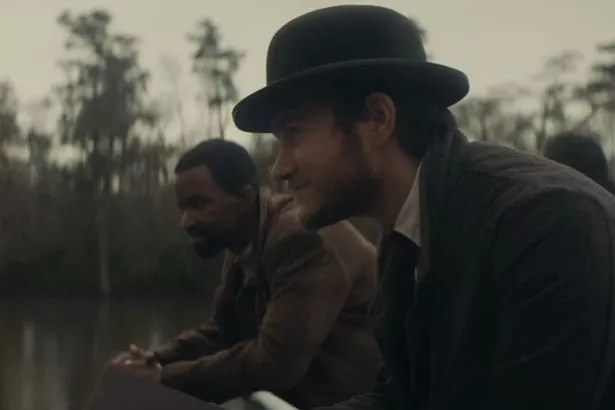 This is very insulting to black people.  Black people were taken by force from their home country and used as property in forced labor.  That is nowhere near the same as people from another country who want to move to America.

Black people’s human rights were dramatically violated by slavery.
Muslim people have no rights to come to our country.  Just as a stranger has no right to come into another person’s home.

Equating the two situations is offensive, and I almost didn’t see how bad it was until I watched the video again.

3rd message:  “Muslim Immigrants are no threat.  They are safe.”

Because Adolphus Busch was safe.

Some Muslim immigrants may very well be safe like Adophus Busch.  But not all of them are safe.   As we see from the example of Europe.  Muslim immigration has caused a rape crisis.  As Muslim men often view women as second class citizens, even like property. In addition to the problems of increased terrorism, social unrest, strain on social welfare programs.

In addition to the obvious issue of terrorism, Muslims tend to commit crimes at much higher rates than non-Muslims.

The same trends of very disproportionate crime is apparent in every other western nation where Muslims immigrate.

The problems Muslim immigration has caused in Europe are so bad that some governments have actually started paying Muslim immigrants to go back to their home countries.

This is drastically different from Adolphus Busch who wasn’t any of those things.  But the video equates Muslim immigrants with Adolphus Busch.

Muslims often do not have the education, mastery of the language or will to work a normal job

91.4% of Muslims in America receive government assistance, 70% receive cash.  Dramatically more than native-born citizens.  This is a drain on the system.

These attributes do not line up with the attributes of Adolphus Busch.  Yet that’s what the video would lead someone to believe.

The continued importation of a dependent class likely means more voters voting for higher taxes, more government programs and neglecting of the national debt.  All of these hurt the economy and productivity.  This affects all Americans.

And aside from economic concerns, it is very questionable whether Muslims respect and believe in our constitution.  Something new citizens are required to swear allegiance to.  Polls show that 51% are in favor of the option for Muslims to have the choice whether to be governed by the constitution or by Sharia law.  25% believe that violence in the name of jihad is sometimes justified!  I don’t think Adolphus Busch was contemplating jihad and sharia law.

7th message:  “We should let all refugees in because it’s the nice thing to do.”

In a vacuum, letting someone into your country is nice TO THAT PERSON.  But that person is not the only person to consider.  What about the welfare of current American citizens?
What about the welfare of the entire world?  When America’s economy is strong, the world economy is strong.
America is the foremost proponent of human rights in the world.  Keeping America strong allows us the resources to do that.  That is very nice to billions of people in the world.

That is a big picture, it’s not just the plight of one party.  A party that could be helped for 1/12th of the cost in their own land, an ideas Donald Trump proposed he was in favor of on the campaign.

So why not do that?

Possibly because Democratic lawmakers would like to import voters who historically vote for them 85% of the time.  Even if it means hurting our country.  None of that corrupt context was in the Budweiser ad. I don’t know why Budweiser thought it was a good idea to weigh in on a politics.  Especially when 57% of Americans agree with Trump’s temporary ban. Maybe Budweiser wanted to influence some of those 57%.  That’s their choice.

But they did pay $5 million dollars to influence people on a very critical issue for our country.  Whether they intended to or not, their commercial was filled with false and misleading propaganda.  So now they are operating like a political advocacy group.  Filled with either idiots or liars.  Or drunks.

Adophus Busch would likely be ashamed.